The Impact of Recent Legislation Changes on Same-Sex Couples’ Rights

Attorney General Eric Holder recently made it clear that same-sex married couples should enjoy marital rights and benefits for all federal legal matters, regardless of state marriage law. On February 10, 2014, the Department of Justice released a memorandum from Attorney General Holder instructing all legal cases that involve the Department of Justice or federal government must recognize same-sex marriages in any instance where marriage or spousal rights/responsibilities is a factor.

While the majority of changes will be seen in criminal cases for prisoners’ rights and financial cases such as joint bankruptcy, the new way of looking at marriage-based legal action can stretch to personal injury claims.

Ohio is still one of the 33 states that does not recognize same-sex marriage. This can make it difficult for spouses of accident victims to bring legal action on their behalf. In cases of severe injury or death where the victim is incapacitated and cannot handle his or her legal affairs, a husband or wife risks losing his or her ability to fight for an injured spouse’s rights.

While we have made great strides in the field of medical rights for same-sex couples, there are still cases where a spouse may be denied access to his or her husband’s or wife’s bedside in cases of terminal illness or serious injury. With this new memorandum, legal restrictions involving the federal government ideally will recognize same-sex spouses as lawful next of kin and allow better access to their injured loved ones.

In the event a person’s same-sex spouse is incarcerated at the time he or she is severely injured in an accident, the inmate may be granted a temporary furlough to visit the victim in the hospital.

Until Ohio recognizes marriage equality, there will continue to be arguments on whether or not legally married same-sex couples should be afforded the same marital privileges as opposite-sex couples.

Attorney David Bressman thinks equality should exist, no matter the spouses’ genders: “Many of my friends are gay and are perfectly good, decent people. I’ve run across those in traditional marriages who are the worst of the worst. As long as someone is a good person, good to their kids and good for society, I care not what his or her sexual preference is.”

With the new enforcement of equal rights for same-sex couples married in one of the 17 states and Washington, D.C., that recognize marriage equality, federal legal cases for family law, spousal rights and financial responsibilities ideally will become more favorable. Unfortunately, until the United States sees same-sex marriage legalized unanimously, there will continue to be questions of a same-sex spouse’s rights to medical power of attorney, patient visitation and other personal injury issues.

Bressman Law is here to help all victims of personal injury, regardless of sexual preference or marital status. When the negligence of another party has harmed an individual, Attorney David Bressman will work to ensure victims receive the rightful benefits and damages to which they are entitled. Contact us today at (614) 538-1116 to schedule a consultation and discuss your rights. Kim Harriman had spoken to eight attorneys in person and countless law firms through email, each time hearing the same sentiment. We are sorry for your loss but the other driver does not have Catastrophic injuries from an auto accident or defective product may result in the development of a permanently disabling condition. Injuries where a person loses a limb or sustains a serious brain or There are dozens of Columbus personal injury attorneys in the area who are listed with the Columbus Bar Association. How are you supposed to select and hire an attorney from the crowd? And how you do The American Society of Legal Advocates (ASLA) is an exclusive organization made up of elite attorneys across the nation. This invite-only group is made up of lawyers who have shown exemplary skill in 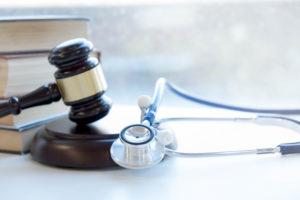 Who Pays my Medical Expenses While my Case is Pending?

When you are seeking financial compensation after suffering an accidental injury, some health care providers may wait for the resolution of your case to receive compensation. In the meantime, your What Are the Most Common Spinal Cord Injuries in a Car Accident? If I Was in an Ohio Accident, How Do I Know If I Have a TBI? A traumatic brain injury (TBI) can occur when someone experiences a sudden jolt or blow to the head that disrupts the brain or damages the What Is Personal Injury Protection Coverage?

How Common Are Truck Accidents? What To Do If A Dog Attacks Your Child In Ohio?