It looks like GM’s troubles are far from over. The company is facing yet another recall, just a couple of months after issuing a recall for faulty ignition switches. This time it involves the ignition lock cylinder. But the company’s troubles go beyond producing defective vehicles. Evidence shows that the manufacturer had knowledge of these problems.

GM’s Latest Recall and What It Means for Car Owners

The GM recall in February stemmed from a faulty ignition switch, which could cause the vehicle to turn off while driving. This recent recall also involves an unexpected maneuver while the vehicle is running. The key can come out.

There is the danger of the car rolling away if the owner pulls the key out of the ignition and thinks the car is off and in park. Nobody expects a key to come out of the ignition when the engine is still running. GM says it will cost the company about $1.3 billion to fix this latest problem.

GM is aware of several hundred complaints surrounding the key issue. It affects the same vehicles involved in the faulty ignition switch problem. This includes the Chevy HHR and Cobalt, Pontiac Solstice and G5, and Saturn Sky and Ion.

The difference is that the recall for the ignition switches affects model years 2003 through 2007. But this new recall affects all models ever produced, about 2.6 million vehicles in total.

GM Had Knowledge of Vehicle Defects

As if the recalls weren’t enough trouble for GM, there is also evidence the company was aware of defects in its vehicles. GM is also in violation of an order to turn over all documents related to the recall, according to media reports. As a result, it is incurring fines of $7,000 each day from federal regulators. It is against the law to withhold any information related to the recall.

While the focus has been on the faulty ignition switches, there is also the issue of airbags failing to deploy. But documents reveal the company knew of both problems in 2012 and yet failed to fix them. Instead, GM waited until February 2014 to issue a recall and warn drivers.

There have been 32 crashes and 13 deaths linked to the ignition system defect. It’s not improbable that other cases could come to light. Owners of GM cars should follow the instructions that GM provides to correct the defect.

If you were in an accident and suspect a defect caused it, consider whether the vehicle is subject to this or other recalls. An automotive expert may examine the vehicle to determine if a defect is related to accident. If so, the manufacturer may be liable for damages.

An attorney can look further into the matter and determine potential legal options and secure evaluation of the vehicle, if that’s necessary. Call Bressman Law at (614) 538-1116.

The recalls of GM vehicles continue with nine more separate issues identified between May 14 and May 20. To date, there have been 27 defects that have resulted in a recall of more than 18 million GM vehicles manufactured between 2004 and 2014. Experts believe the sudden surge in recalls is due to GM’s restructuring with new board members putting more emphasis on customer safety rather than cost-cutting.

The May 14th recalls include:

The May 20th recalls include: A vehicle with a good small overlap crash test rating may protect drivers in the event of a front-end accident involving the driver side of the vehicle. But a new study found that this may not Answers for Victims of Accidents with Uninsured Motorists

Ohio requires that all drivers obtain auto insurance to drive on the roads, but unfortunately, that does not stop many people from ignoring the law. More than 192,000 drivers were cited for driving A child under the age of 13 is in a car accident every 33 seconds in the United States, reports the National Highway Traffic Safety Administration. As parents and responsible drivers, it is Overview of Uninsured and Underinsured Motorist Coverage in Ohio

The state of Ohio requires that every motorist carry motor vehicle insurance for his or her vehicle(s). Ohio law mandates that every driver carry a minimum of these amounts.  $25,000 for bodily What Happens If the Driver Who Caused Your Accident Had a Suspended License?

When the driver who caused your accident had a suspended license, this fact alone does not diminish your ability to file a claim against their insurance company or to file a personal injury lawsuit 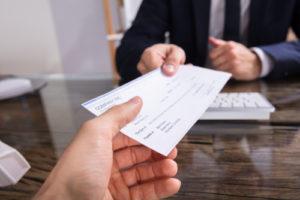 Can You Still Seek Compensation With No Damage to Your Car After an Accident?

Yes, you can still seek compensation with no damage to your car after an accident, but Ohio’s laws can play a part in how much you can recover. Even if your car is unscathed, you still might have How Do I Look Up an Accident Report?

Accident reports in the United States can be generally searched online by state. For example, the Ohio Department of Public Safety (ODPS) permits the public to access traffic collision data with the What Do I Do If I Am Injured In a Car Accident In Ohio?

If you are injured in a car accident in Ohio, it is important to make your own health and wellbeing a priority. Take precautions to prevent further injury, and ensure you are safe before trying to get

What Should You Not Do After a Car Accident What Are the Main Causes of Car Accidents? How Long After A Dog Bite Can You Sue In Ohio?